It’s a premise right out of the X-Men universe.

The National Institutes of Health (NIH), an agency of the U.S. Department of Health and Human Services who oversees biomedical and health-related research, recently announced they’ll lift a moratorium on funding for controversial stem cell research.

This unprecedented move is under scrutiny because it’ll open the door for federal funding towards taking human stem cells and adding them to animal embryos. Manufacturing these part-human, part-animal organisms or ‘chimeras’ will be an ethically reviewed study, but may ultimately be permitted.

Carrie D. Wolinetz, NIH’s associate director for science, posted a blog asking the public for their opinion on expanding this questionable area of stem cell research, moving towards an end of the moratorium on experimentation.

“I am confident that these proposed changes will enable the NIH research community to move this promising area of science forward in a responsible manner,” she wrote.

WHAT ARE THE CONSEQUENCES OF THIS STEM CELL STUDY?

The general idea will be for scientists to plant human pluripotent stem cells, which can differentiate into any kind of tissue, into early embryos of animals and allowing them to develop.

The implications are extensive. The study of human development, and disease model generation are two uses, though that isn’t what’s getting researchers captivated. One of main upsides to chimera research is the potential to grow human organs that can be transplanted to sick patients, alleviating the rising organ transplant list. Progression towards cures for various diseases, through isolating and studying these man-made organs, is another real possibility.

“The idea here is that if you have, let’s say, pigs or sheep or cows that have partially or fully formed livers or kidneys or pancreases or even parts of their brain, then you might be able to study that to learn many new things that you could use to prevent and treat human diseases, like Alzheimer’s disease, Parkinson’s, diabetes,” says Dr. Rob Stein, a health correspondent for NPR.

The slippery slope is being toed; the uncomfortable ethical dilemma through this experimentation raises questions like, ‘how would we treat partially human species if we one day use these organs?’

“Critics say that this is dangerous because it blurs the line between humans and other species and starts to raise questions about what are these creatures,” Stein acknowledged. “Are they animals, or are they partially human? And if they are partially human, how do we treat them?”

NIH is already trying to control this burning ethical fire, stating experiments on primate embryos the closest to modern human would be nixed. Any chimera experiments will always be under heavy inquiry, particularly in those experiments that alters animals’ brains, which could manifest a highly unusual humanlike state of sentience. And of course, any study involving animal sperm and a human egg, or vice versa, is forbidden. 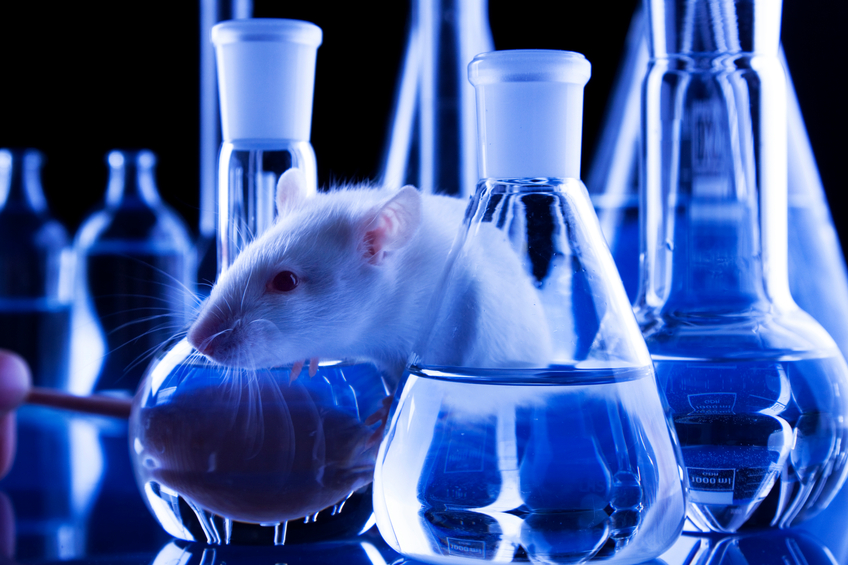 Part of the lightened stance on chimera stem cell studies may be because cross-experiments between humans and animals has been practiced for decades, pushing the boundaries of medicine. For example, it’s common practice to grow human tumors on mice to examine cancer-fighting treatments. Transgenic organisms, or animals modified to carry genes of other species, hold valuable properties in their milk that hasn’t changed the nature of the animal.

While some remain optimistic of the medical move to further this stem cell technology, many scientists and researchers are blasting the revision of the reprieve on funding. Aside from how we’d go about treating ‘partial humans’ in the future, scientists and ethicists are worried experiments can produce supernatural animals, like a super-smart mouse.

These researchers may not like the decision, but some have accepted the reality of an increasingly-fascinating field of stem cell study.

“Signs of the times, my friends,” Rod Dreher, a senior editor at the American Conservative, wrote.

“Read them, and prepare. We are a perverse and wicked generation who deserves what we are going to get.”

As the debate rages on between those who support chimera stem cell research and those who oppose it, everyone can agree on the effectiveness of stem cell therapy for physical injury.

RegenerVate stem cell treatments repair and heal various musculoskeletal tissues including cartilage and tendon tears, and the chronic pain they may cause. Call us today at 1-855-847-3975 to learn more about the regenerative medicines and stem cell therapies we provide.