IS THIS NEW TYPE OF STEM-CELL ENGINEERING ETHICAL?

Home/blog/IS THIS NEW TYPE OF STEM-CELL ENGINEERING ETHICAL?
Previous Next

IS THIS NEW TYPE OF STEM-CELL ENGINEERING ETHICAL?

No matter how high the pile of ethical predicaments grows, biological research continues to push forward.

But new, startling stem cell research may be the final piece that has that pile toppling over in moral disarray.

There’s something to be said when even the researchers at Harvard Medical School, in a report published in eLife, feel it’s time to consider the consequences of synthetic embryos.

Forget in vitro fertilization – stem cell researchers are light years beyond that.

Today’s scientists have the resources and knowledge to assemble stem cells that organize themselves into embryo-like structures.

If that isn’t eyebrow-raising enough, experts in the field claim that’s the first step towards manipulating stem cells to develop new tissues and organs. From there, they can take on the features of a mature human being.

The eLife report explores the ethics of developing, “synthetic human entities with embryolike features”, or ‘sheefs’. In its current archaic stage, the futuristic Sheefs are simple assemblies of cells.

For now. Sheefs have the potential to be far more sophisticated – a beating human heart attached to a brain level of sophistication – all created courtesy stem cell technology. A Sheef like that, for example, could be analyzed to learn how nerves control the heart’s rhythmic beat. Manufactured, interconnected organs can also be used to test drugs that battle disease like cancer or diabetes.

The science behind sheefs is so advanced, it towers over your average human embryo research. As such, the established guidelines that are applied to stem cells can’t be used for sheefs. So before scientists go full Frankenstein, other researchers are vetting for rules to reign in on sheef’s potential.

The Harvard Medical School are one group of advocates, led by Dr. John D. Aach, that are resolute certain features be kept off limits. For example, they insist scientists should never create a sheef that ‘feels’ pain.

“We’re going to have to get a lot of input from a lot of quarters,” Dr. Aach said in an interview. “The problems are just too big.”

The ethical discussion on lab-grown embryos began over 40 years ago.

Robert G. Edwards and his team at the University of Cambridge were the first to fertilize human eggs with sperm back in 1970, keeping them alive for two days. Over the 48 hours, the embryos each split into 16 cells. Dr. Edwards captured the Nobel Prize in 2010 for his research, which paved the way for in vitro fertilization. His work also made it possible for scientists to study the earliest moments of human development.

Governments, in response to this newfound research, began pondering just how long laboratories and fertility clinics should allow these man-made embryos to grow. In 1979, a federal advisory board proposed that the growth period should be no longer than 14 days. 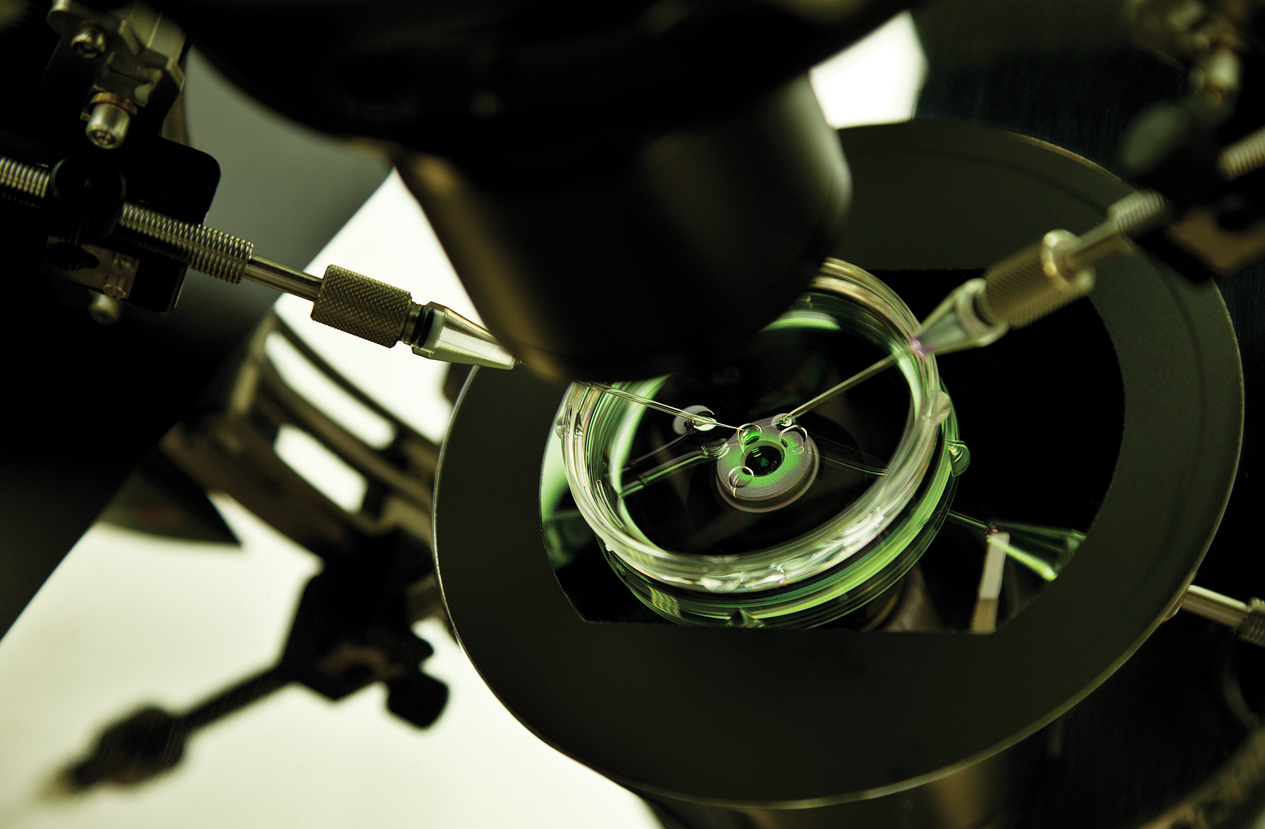 The ’14-day rule’ was accepted, and not just in the U.S., but in other countries around the world, too. It was easiest for everyone to stick to a rigid, consistent guideline.

How did they land on 14 days? After two weeks, a human embryo develops its first prominent feature: a ridge of cells, or a ‘primitive streak’, which outlines the body’s central axis, or where the spine will eventually form.

The 14-day rule opened tremendous opportunities for stem cell researchers to truly explore and push the limits of their stem cell knowledge. This led to perhaps the most important discovery since Dr. Edward’s work, where scientists managed to isolate stem cells from the early embryos. They eventually learned how to differentiate those cells into any tissue in the human body, from muscle to nerve.

And in 2007, scientists unlocked the mystery on how to reprogram adult stem cells into embryo-like stem cells, a discovery that can lead to personalized treatments for diseases one day in the future.

Scientists have had no qualms on extending the 14-day rule – mostly because they don’t know how. They could only keep embryos alive, without freezing, for about a week anyhow.

Until last year. Two teams of scientists figured out how to grow those same petri dish embryos in just 13 days. Their findings have laid the groundwork that may allow researchers to add a few more days to the 14-day rule, extending it to 20 or so.
The glaring predicament with the introduction of sheefs is that these rules, based on the time of fertilization, don’t apply to embryos not formed by fertilization. The sheefs are far more complex, and will develop much more than a primitive streak over two weeks. Scientists feel the tissues or organs, which can develop mature human being characteristics, would be ‘too human’, setting off ethical red flags.

Advocates against embryonic stem cell research may see this as actual human testing, seeing how developed and ‘real’ the sheefs can become. And while they aren’t made through the traditional egg-and-sperm in vitro fertilization techniques, they’re still created with human byproducts – adult stem cells.

A University of Cambridge study just this month gave us a glimpse of this potential, where the researchers built microscopic scaffolding from a mixture of two types of embryonic stem cells from mice.

Though these embryos were created with embryonic stem cells, the technology is there to recreate them from reprogrammed adult human cells. So no fertilization, and no embryonic development required, in constructing sheefs.

“We need to address this now, while there’s still time,” Dr. Aach said.

CAN AN ETHICAL AGREEMENT BE FOUND?

Henry T. Greely of Stanford University isn’t so optimistic about finding an agreeable solution to sheefs and the 14-day rule. He feels it will be logistically tedious in finding a solution as enforceable as the 14-day rule.

“Whether you could come to some consensus is really doubtful,” he said.

If ethicists somehow manage to agree on the limitations of this research, another challenge presents itself: how can the scientists know they’ve crossed the line with sheefs?

Primitive streaks are easy to spot – they can objectively be seen.

But figuring out whether a collection of cells and neurons, connected to other potential tissues, can feel pain? That’s a problem.

“It gets pretty tricky out there,” says Paul S. Knoepfler, a stem cell biologist at the University of California, Davis.

“They’ve opened the door to a lot of tough questions.”

There’s no debate when it comes to our regenerative medicines and injection therapy treatments, like PRP therapy: they’re proven to alleviate chronic pain effectively.